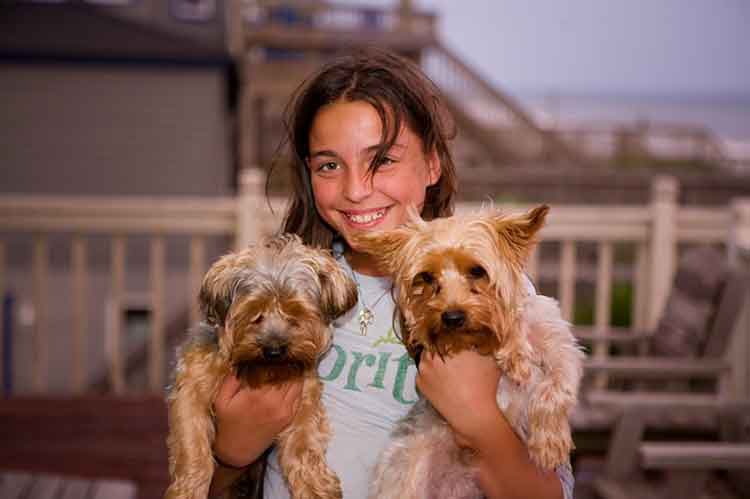 Dogs are included in the list of best friends of man. There are various aims behind this as well. They are amazing stress busters and never leave your side. But how much do you know about dogs? Like humans, dogs also have white hair and they also dream like humans. In this article, some such interesting facts about dogs has been given which will really amaze you.

Dogs have very fast memory. This has also been proved in ‘Do As I Do’, in which a dog learns an action from a human on TV. For example, parents themselves jump in the air to teach their child to jump, in the same way dogs start doing the same after seeing you. But if there is a long gap between the action and the instruction to do something, the dog forgets that action.

Yes, there is no need to be surprised. Like humans, dogs also dream. Dogs move or twitch their legs at different times during sleep. All this happens because of dreaming in sleep. Pet dogs can dream of their owner and the activities done with them.

Not only humans but dogs also have white hair. Dogs may have grey hair due to anxiety, fear of loud noises, and stress at the sight of a strange or new animal or human.

Children in a home with pet dogs are less stressed than children where they get or do not get social support from their parents. Children who play with pet dogs have lower levels of cortisol.

Myoclonic epilepsy is a disease involving a muscle or group of muscles in which there is a feeling of tremors. These neurological disorders are similar in dogs and humans, and the myoclonic epileptic genes found in humans are also common in dogs.

If you start paying even a little attention to the dogs, they will come to you. When you look at them, they start sticking out their tongue or barking.

When you get scared seeing dogs, they also know this. Dogs smell fear. Dogs detect fear, anxiety and nervousness by human movements and postures.

People who keep pet dogs are less prone to cardiovascular diseases. Such people are more physically active, which is the main reason to keep them away from heart diseases.This is one of the best remedy to keep your heart happy.

If you also have a pet dog, then you must be aware that dogs understand your words. When an owner gives a command to his pet dog, he immediately understands it and starts doing the same. Honesty, Integrity & Sincerity etc. are all associated with dogs.

The dog microbiome and the human gut microbiome have a lot in common compared to that of rats or pigs. This suggests that genetically dogs are closer to humans and can become good friends.

Children who live with pet dogs as soon as they are born are less prone to allergies and other diseases in the future.