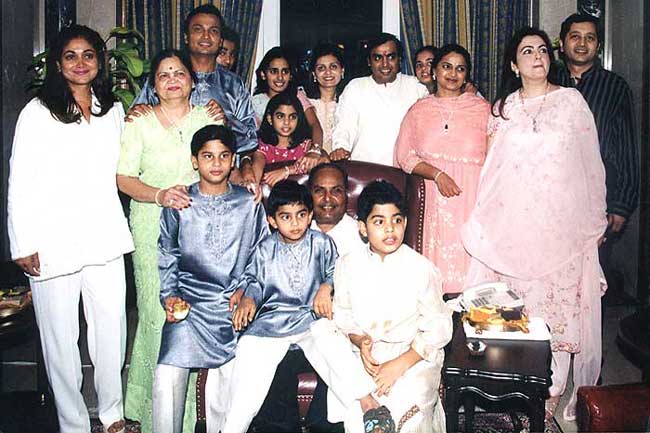 Who does not want to be rich in today’s time, when we are talking about rich, then one of the names comes from Dhirubhai Ambani. It is not that he was always rich, he has achieved this position by working hard. This is a person who did not even complete high school education. He was from such a poor family that he had to work from his teenage years to applying for breakfast hares to fill the oil at the petrol pump. When such a boy said goodbye to the world as an elder, the value of his wealth was more than 62 thousand crores. Hope you would have recognized this personality, yes! We are referring to Dhirubhai Ambani.

A successful face that gave hope to every poor person that money should not be destined to be successful. Success comes only to those who take a risk for it. Dhirubhai has repeatedly proved that taking risks is the mantra to move forward, not business.

Dhirubai Ambani was born on 28 December 1932 in the home of an ordinary teacher from a small village named Chorwad near Junagadh, Gujarat. Her mother’s name was Jamnaben, a domestic woman and her father Gordhanbhai Ambani was an ordinary teacher, for whom it was quite a pleasure to take care of such a large family, while their jobs did not make enough money for household expenses, and in such a situation, Dhirubhai was educated among four more siblings.

It was difficult for this reason that Dhirubhai Ambani had to leave her high school studies in the middle and due to the economic situation of her house, she started doing small things like selling bhajiya etc. with her father to support the family.

The example that many failures are hidden behind every success, Dhirubhai stands up to it very accurately. Dhirubhai Ambani first started selling fruits and snacks in view of the economic condition of his house, but he did not gain much in this.

After that he started selling pakoras in a religious and tourist place near the village. This work was completely dependent on the tourists visiting there, which used to run only for some time in the year and the rest of the time were from the people of Bas Gaon, due to which Dhirubhai Ji was forced to stop this work. Had to do. When he did not get success in any work, he joined the job again with the advice of his father.

Dhiru bhai Ambani’s elder brother used to work in Yemen. With his help, Dhiru Bhai also got a chance to go to Yemen. He worked at a petrol pump there at a salary of Rs 300 per month. He reached the position of manager due to his qualification in just two years. Even during this job, Dhiru Bhai’s mind used to be less towards it and more towards opportunities to do business. Dhiru Bhai considered every possibility of how he could become a successful business man.

One incident speaks of a passion for business – when Dhiru bhai Ambani was working in a company, the workers working there used to get tea for only 25 paise, but Dhiru Bhai went to drink tea in a big hotel nearby, where you had to pay 1 rupee for tea. When asked the reason, he mentioned that many big businessmen’s approach big hotels and talk about business. I am going to listen to them so that I can understand the nuances of the business. This shows how much passion Dhirubhai Ambani had for the business.

Dhiru bhai Ambani returned to India from Yemen & along with his cousin Champaklal Damani and started the export-import trade of polyester threads and spices, in the early 1950s. Reliance Commercial Corp set up a small office on Narasimha Street, Masjid Bunder. During this juncture, Dhiru bhai Ambani and his family lived in a small apartment in ‘Jai Hind Estate’ in Bhuleswar, Mumbai.

In 1965, the business partnership of Dhiru bhai Ambani and Champaklal Damani came to an end. Both the nature and the way of doing business were completely different, so this partnership did not last long. While Damani was a cautious businessman, Dhiru bhai was considered a risk-taker.

In the middle of all these struggles, he got married to Kokilaben, who gave birth to two sons Mukesh and Anil and two daughters Deepti and Nina. He never looked back after this and Reliance Group became India’s biggest and largest company, along with companies like Petroleum and Telecom.

In the midst of all this, Dhiru bhai Ambani was also accused of influencing the policies of the government and making profit from the shortcomings of the policies. A lot was also written on the business tussle between him and Nusli Wadia. A film inspired by his life was made in which Abhishek Bachchan played his role. His health deteriorated amidst a growing business and he died on 6 July 2002. After the death of Dhiru bhai, his work was handled by elder son Mukesh Ambani.

Please provide your feedback on Successful Personality – Dhiru bhai Ambani | Motivational Leader | Inspirational Story. You can also write in the comments section or email us. I wish you and your family a happy and prosperous life.