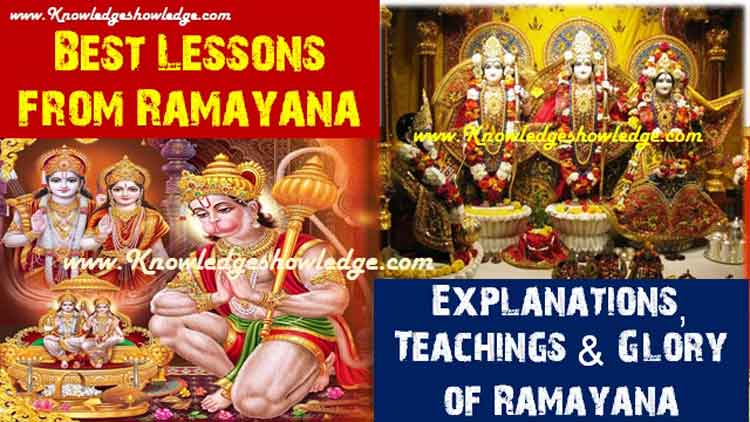 If you’ve ever read something and understood it, try not to cry……

Lessons from Ramayana from Short Explanations

There is a short Ramayana account; perhaps I can explain something from it.

Mata Kaushalya ji heard someone wandering on the roof of her palace in the middle of the night one night.

I awoke and inquired, “Who are you?”

Shrutkirti ji approached her, bowed at her feet, and took a position.

Shruti! Asked Mother Kaushilya ji. Daughter, what are you doing alone on the patio at night?

Are you having trouble sleeping?

What happened to Shatrughna?

Shrutikirti clung to her mother’s chest, her eyes welling up with tears.

Mother hasn’t seen her in thirteen years, she said, as she was restrained in her lap.

The servants started hurrying as soon as the alarm went off.

Mother departed as the palanquin was being prepared in the middle of the night. Shatrughan ji will be searched today.

Do you remember where you met Shatrughan?

Outside Ayodhya ji’s door, Bharat ji lives as an ascetic in Nandigram; within the same door, there is a stone rock; make a pillow of your arm and lie down on the same rock.

Shatrughan ji opened his eyes as he put his hand in his hair, and Mother sat down at the head.

Mother, get up and fall at your feet! Why were you in pain? Would have called me

Has the creator constructed this castle, these chariots, and these regal robes for me? Brother Lakshman ji went after them, and brother Bharat ji is also in Nandigram.

Take a look at this Ram Katha…

This isn’t a lighthearted tale… It’s a renunciation story…!!

Here, a renunciation tournament is taking place, and everyone is competing for first place, with no one being left behind… The four brothers’ devotion and commitment for one another is amazing—innovative and miraculous.

When Lord Rama was exiled for 14 years, his wife Sita ji accepted the exile with joy…!!

But how could Lakshman ji, who had grown up in the service of his elder brother, get away from Ram ji?

Mother Sumitra had given him permission to go to the jungle.

However, as the wife approached Urmila’s chamber, she mistookly assumed that the mother had granted her permission.

But how am I going to explain this to Urmila?

What am I supposed to say to them?

As soon as Laxman ji entered his room, he noticed Urmila ji waiting there with a dish of aarti and said-

“You leave behind your concerns and travel to the forestry to worship Lord Shri Ram… I’m not going to stand in your way. I shall not insist on following you as I am not a hindrance to your service.”

Lakshman ji hesitated to say anything.

Urmila ji threw him out of hesitation before he could say anything..!!

In truth, this is the wife’s faith. Before the husband hesitates, the wife should know what’s on his mind and how to help him out of it.

Faith of Urmila ji and Lakshman ji in Lord Rama

Urmila undertook severe penance like an ascetic for 14 years after Lakshman ji had left.

Lakshman ji never slept in the jungle while serving “Lord Shri Ram Mata Sita,” but Urmila never shut the doors to her palaces and stayed awake all night, never letting the lamp’s flame go out.

When Lakshman ji receives “Shakti” and Hanuman ji returns with the mountain of Sanjeevani for him, Bharat ji mistook him for a demon and shot arrows in the middle of the battle with Meghnath. Hanuman ji then collapses.

Then Hanuman ji tells the entire story: Sita ji was kidnapped by Ravana, and Lakshman ji died in the conflict.

When Kaushalya ji hears this, he advises Ram not to enter Ayodhya without “Lakshman.” Ram remained in the woods.

“Sumitra,” Ram’s mother, thinks there is nothing to say to him. Shatrughan is still alive and well.

I’ll send him a message.

Both of my boys were created only for the purpose of performing “Ram Seva.”

Hanuman ji’s eyes welled up with tears as he witnessed the love of moms. However, when he saw Urmila ji, he wondered why she was so peaceful and pleasant.

Do they not care about their husband’s life?

What exactly is the source of your joy? The life of your husband is in jeopardy… The Sun family’s lamp will be extinguished as soon as the sun rises.

No creature from the three planets will be able to survive without praising Urmila ji after hearing her response.

My lamp is not in danger; it cannot be extinguished, replied Urmila.

If you want to see the sunrise, stay in Ayodhya for a few days, for the sun will not rise unless you arrive there.

You mentioned that Lord Shri Ram is sitting in his lap with my husband…!

Kaal is unable to touch the one who is lying in the lap of “Yogeshwar Prabhu Shri Ram.”

This is exactly what they’re doing.

My husband hasn’t slept since he went to the wilderness.

He’d made a promise to himself not to sleep… That is why he is taking a break… And he got a little more rest as he sat in God’s lap… He was going to get up…!!

And “Shakti” has been sensed not only by my spouse, but also by Lord Shri Ram ji.

My spouse possesses Ram in every breath, every heartbeat, every strand of his hair, every drop of his blood, and when there is only Ram in his body and soul, only Ram has strength. Ram ji is the only one who is suffering.

That is why, Hanuman ji, you must be certain that the sun will not rise.”

Love, Devotion, and Sacrifice All Over in Ramayana

The Kalash of Rama Rajya was solely established by Lord Rama.

But in actuality, all of these acts of love, devotion, and sacrifice resulted in Rama Rajya.

A person who embodies the spirit of love, sacrifice, and surrender is said to be a Ram.

If you have the opportunity, read and comprehend your Vedas, Puranas, Geeta, and Ramayana. You will be able to see and experience life from a different perspective.

You must teach your children… JAI SIYA RAM!!