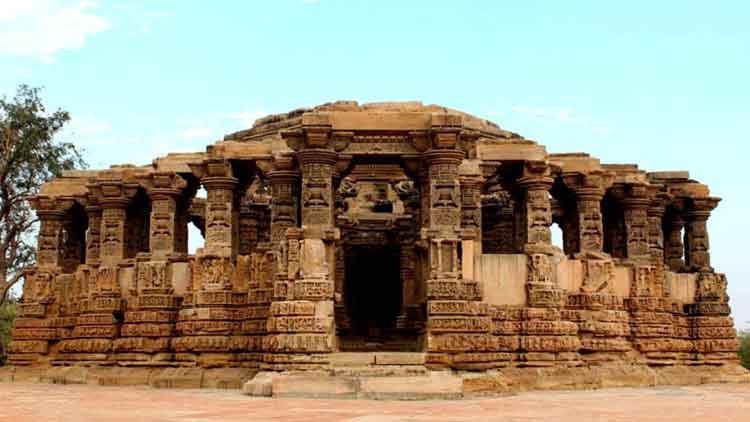 India is a land of numerous gods and goddesses, with countless temples in every city. A visit to a temple is an important aspect of an Indian’s life. People in this area are used to going to temples to worship and seek blessings.

Temples can be found on practically every street in India, which comes as no surprise. Some temples, however, are buried in a mystery that defies science and reasoning. Some of these temples are quite old, dating back thousands of years, and are thought to be mysterious. It would be fascinating to learn more about the legends surrounding these temples.

Thousands of devotees flock to mehandipur balaji temple to fend off demons and bad spirits from their lives. Many worshippers seek for opportunities to perform penance in the shrine. As a result, don’t be shocked if you see people pounding their heads against walls, tying themselves to walls, or pouring boiling water on themselves. This is one of the few temples in india where exorcisms are performed by priests. Many individuals report that mehandipur balaji’s blessings have helped them to overcome demons in their lives.

Behind the Bullet Baba Mandir, there is an intriguing mystery. In this temple, you will find people worshipping motorcycles. The origins of this custom can be traced back to a motorbike accident near the temple’s current location. The bullet’s owner declared his wish to create a religious centre there just before he died. The bike was transferred to the local police station, but it was later discovered at the accident scene the next day.

Despite the police’s best efforts, the motorcycle always seems to find its way back to the crash site. As a result, the bullet baba shrine was built, and people gather here to worship the motorcycle. All travellers on this path come to a halt near the shrine to pay their respects to bullet baba and ask for his protection.

Many more such temples can be added to the above list of india’s mysterious temples. These temples, as well as the rituals and mythology that surround them, are quite amazing. The mystery surrounding these temples have remained unanswered to this day.

The enigma of hasanamba temple in karnataka is extremely tough to unravel. The temple is only open for worship for one week each year, during the Deepawali festival. The temple is closed after the puja and prayers are completed, and it is only reopened the following year. When the temple doors are opened, the oil lamp that was lit last year is still blazing, which is a mystery. Another enigma is that the goddess Hasanambe’s flowers are still fresh. It’s a truly strange temple!

The nidhivan temple in vrindavan, which is nestled among the nidhivan forests, is dedicated to lord krishna. The temple is associated with various legendary ideas, making it mysterious and fascinating. It’s worth noting that the bark of nidhivan trees is hollow and dry, despite the fact that the trees remain green all year. These trees are thought to represent gopis, and lord krishna visits them every night to perform raslila.

The temple is closed after the evening puja, and the priest stores some garments, food, fruits, and other items within. Sweets are consumed and clothing are worn as though no one has worn them the next morning when they open the shrine. Radha and Krishna, according to devotees, spend the night in the temple to repose. Those who attempted to stay at the temple late at night lost consciousness, were blind, or died. Make a reservation for a hotel in Vrindavan today!

The Devji Maharaj Temple in Malajpur, Madhya Pradesh, is another temple known for warding off ghosts and evil spirits. It is typical for devotees to burn camphor on their bare palms to ward off evil spirits or demons within their bodies.

Broom-banging and rushing about are two other strategies for driving away spirits. The yearly Bhoot Mela or Bhoot Mela, which is designed to fend off evil spirits, is another peculiar tradition of the place. Every full moon, people from all over the world flock here to “cure” themselves from demons and evil spirits.

The venkateswara temple in india is another mystery temple that attracts thousands of visitors each year from all around the world. It is one of the most valuable temples in the world, with a reputation for grandeur and natural beauty. The temple is one of a kind because of the unique tradition of devotees donating their hair to the temple.

Lord Krishna’s dark idol is said to have appeared inside the temple, and no one appears to have carved it. Lord Vankeshwar Swamy’s hair is always silky and natural looking. Every Thursday, when Lord Tirupati Balaji is covered in sandalwood, the idol of Goddess Lakshmi emerges from within the idol, and how this occurs remains a mystery. To experience such a holy spot, choose hotels near Venkateswara Temple.

The Kodungallur Bhagavathy temple in India is another weird temple where devotees disrespect Goddess Bhadrakali during the festival. Goddess Bhadrakali is a peaceful incarnation of Goddess Kali, according to legend. Every year, the Bharani Mahotsav, a seven-day event, is held.

Men and women dressed in crimson robes and wielding swords parade through the streets during the event. They slashed him in the head with a sword, causing blood to flow. They disrespect the goddess and chant vulgar songs about her when they enter the shrine. The temple is closed for several days after the festival to allow for cleansing.