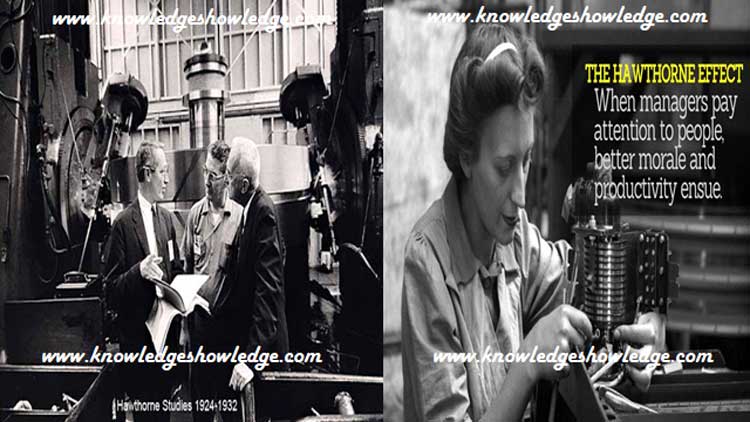 Behavioural approach consider organisations as groups of individuals with objectives. The realistic model given by behavioural scientists is quit complex and the model suggests that different people react differently to the same situation or react the same way to different situations. The manager should alter and customize his approach to control people according to their individual needs.

The behavioural approach to organisational differences and change is quite practical. It says that:-

A new school of thought known as the management process school came into existence, which drew motivation from Fayol.

Hawthorne Experiments (works) had commissioned a study to see if its workers become more productive in higher or lower levels of light. The workers productivity seemed to impower when changes were made. It was suggested that the productivity increases due to motivation effect on the workers.

The original inspiration for the movement, however, came from the Hawthorne experiments done by Prof Elton Mayo and his colleagues at the Western Electric Company’s plant in Cicero, Illinois from 1927-1932 The experiment undergoes the following way:-

In this phase the objective of the study was different:-

The purpose of this study was to find how payment incentives would affect productivity. The study was conducted by Elton Mayo and W Lloyd Warner between 1931 and 1932 on a group of fourteen men who put together telephone switching equipment. The researcher found that although the workers were paid according to individual productivity, productivity decreased because the men were afraid that the company would lower the base rate.

Managers started observing that employees do not follow predetermined and balanced patterns of behaviour. Managers started dealing more effectively with the ‘people side of their organisation.

Chester Barnard, George Homans, Philip Selznick and Herbert Simon have contributed their best in conceptualizing the systems approach, which are as follows:-

According to this approach, management values and concepts of various schools have no universal applications. There is no optimal or single best way of doing things under all conditions.