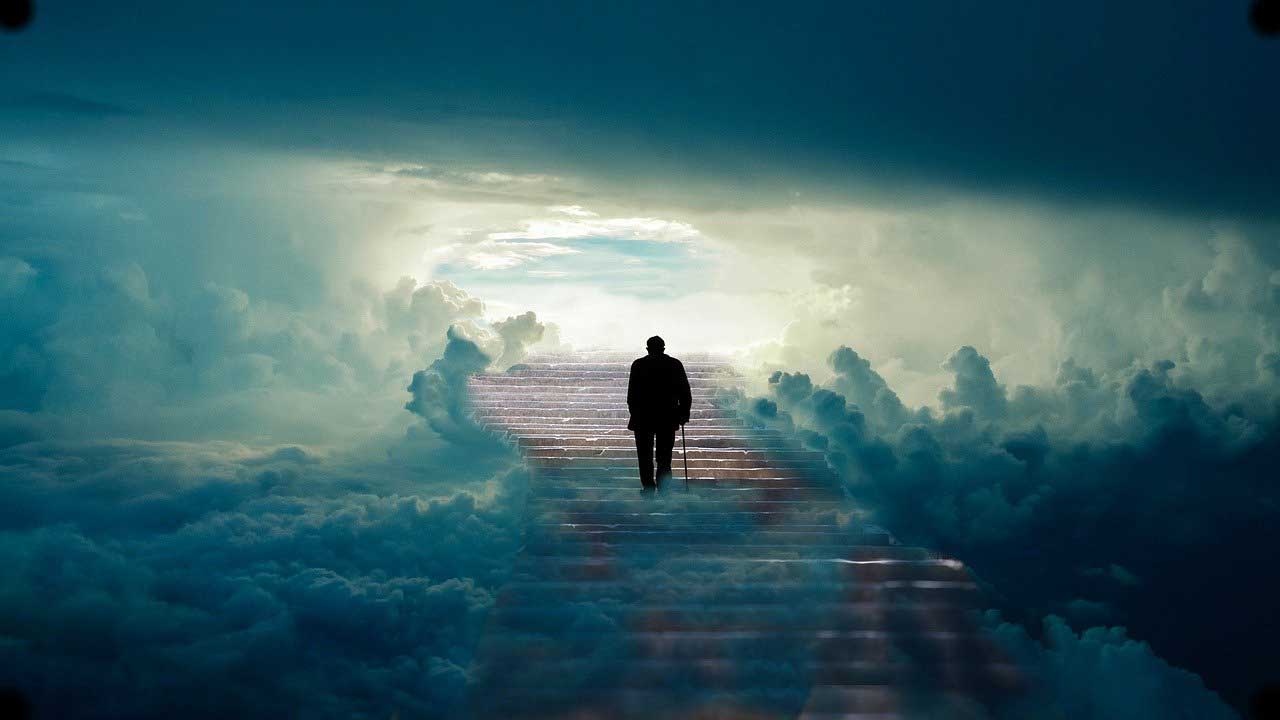 THE WAY TO HEAVEN – AN INSPIRATIONAL STORY

It is about the time of Mahatma Buddha. In those days some special rituals were performed to bring the soul to heaven after death. It used to happen that some small stones would be put in a pot and after performing pooja-havan etc. it would be hit with some metal, if the pot was broken and the stones came out it would be considered as a sign that the soul Has been freed from her sin and has found a place in heaven.

Since the pitcher was made of clay, in this process the pitcher would always break and the soul would get to heaven and in return for doing so the Pandit would take a lot of charity

After the death of his father, a young man thought why not seek the help of Mahatma Buddha for soul purification, he must know a better and more sure way to take the soul to heaven. With this thought he approached Mahatma Buddha.

“O Mahatman! My father is no more, please suggest a way to ensure that his soul finds a place in heaven, ”said the young man.

The Buddha said, “Well, do as I say – you bring two jugs from those Pandits. Filling one with stones and the other with ghee. Take both the pitchers to the river and drown them so that only their upper part is visible. After that, say the mantras that the Pandits have taught you loudly and finally hit them from below with a metal hammer. And after all this tell me what you saw? ”

The young man was very happy, he felt that with this process told by the Buddha, all the sins of his father would be cut off and his soul would attain heaven.

The next day the young man did exactly the same and after doing everything he appeared before the Buddha.

“Come son, tell me what did you see?”, Buddha asked.

The young man said, “I hurt you by putting jars full of stones and ghee in water as you said. As soon as I hit the stone pitcher the pitcher broke and the stones sank into the water. After that I struck the pot with ghee, that pot also burst immediately and the ghee started flowing in the direction of the flow of the river. ”

The Buddha said, “All right! Now go and tell those Pandits to do any such pooja, yajna, etc. so that they start floating on the water and sit on the surface of Ghee river. ”

The young man said in surprise, “How do you talk? No matter how much a Pandit worships, a stone can never float on water and ghee can never go and sit on the surface of a river! ”

The young Buddha had understood that there is only one way to go to heaven after death and that is to do good deeds while alive.