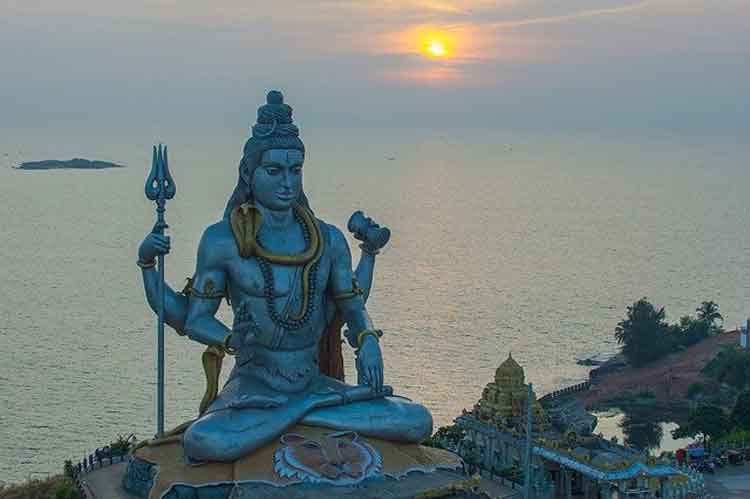 Why Mahashivratri is Celebrated?

On the day of Mahashivratri, Lord Shankar was doing Tandava during Pradosh Kaal and was so engrossed while doing Tandava that he destroyed the whole universe with the flame of third eye fire. For this reason this day is also called Kalratri.

Some people feel that on this day Lord Shankar was married to Mother Parvati. Lord Shiva, who is always surrounded by ghosts and demons, accepted the immense beauty of the three worlds, Shilavati, Gaura Parvati as his wife on the day of Mahashivaratri.

The fast of Mahashivratri holds a lot of importance for the devotees of Mahadev. By observing this fast, all kinds of sins of a person are destroyed and their wishes for all kinds of happiness are fulfilled.

It has been told in the Skanda Purana that the person who keeps the fast of Mahashivratri with whatever desire his wish is definitely fulfilled.

Nandi, the bull whose vehicle is the vehicle and those who are ill-suited, that Lord Mahadev, the god of Lord Shankar, blesses everyone and always provides happiness and wealth to his devotees.

The fasting of Mahashivratri can be done by Brahmins, Kshatriyas, Vaishyas, Shudras, male-female, children, old people of all classes.

On this day, after getting up before the sun in the morning, taking a bath, retiring from meditation, worshiping God should keep this fast. There is a law of worship in day and night on Mahashivratri.

One should do Jagran in the night by praising Lord Shankar. It is believed that reciting Shiv Puran on this day is auspicious.

On the next morning, after offering oil, kheer, john and bel leaves, the fast is completed by feeding Brahmins.

Prasad offered to Lord Shiva is not eaten. It is believed that those who get this prasad go to hell. To remedy this, if we keep the idol of Shaligram near the Shivling, then this defect is not found.

Lord Shankar is the lord of the gods, demons, human beings, serpents, kinnars, Gandharvas, animals and birds and the whole plant world. That’s why he is called Mahadev.

Let us know that what is the result of worshiping Shivling on Mahashivratri fast-:

On the auspicious day of Mahashivratri, if one gets the life consecration of Shivling done in this Muhurta, then his business increases and he gets promotion in his job.

On this day, if you chant the Mahamrityunjaya Mantra on a Rudraksh garland, then your life will be saved and the disease will be destroyed. This mantra is very miraculous and effective.

On this day, at the time of Pradosh, the Shivling of Sphatik should be worshiped (Shivling Puja) by anointing it with milk, curd, ghee, honey, sugar. By lighting incense-lamps, all the obstacles of a person are destroyed.

On this day, after bathing in the Ganges water, one Mukhi Rudraksh (Ek Mukhi Rudraksh) should be placed on a clean cloth and worshiped and chanted Om Namah Shivaya in front of him. With this all the wishes of man are fulfilled.

Gangadhara: – From whose hairs the uninterrupted stream of the Ganges emanates.

Neelkanth: – During the churning of the ocean, when the poison came out of the ocean, which could destroy the entire universe, Lord Shankar held this poison in his throat and protected the whole world.

Bhujangdhar: – Lord Shankar who wears a snake around his neck.

Bagambhardhari: – Wears tiger skin which signifies that Lord Shiva has conquered ego and violence. The trident in the hand of Lord Shankar refers to the three deities, the three worlds and the three worlds.

A Brahmin family lived in a village. The name of a boy of that Brahmin was Chandrasen. He was of very evil nature. As he grew up, he fell into bad company and started stealing and gambling. Chandrasen’s mother used to hide about her son from her husband.

It is a matter of one day that a Brahmin was going towards his house after reciting worship that on the way he saw two boys fighting. On passing, the brahmin heard that he was carrying a ring. He had won this ring from Chandrasen. Seeing this the Brahmin was very sad. After explaining to those boys, that Brahmin took the ring and went towards the house.

On reaching home, he asked his wife about Chandrasen, then his wife said that he must have been playing somewhere here, but Chandrasen did not come home for 5 days. Chandrasen was coming to steal some items from the house when he came to know that his father had come to know about him, then he ran away from there.

Chitrasen found a temple on the way in which Bhajan Kirtan was going on. The hungry and thirsty Chitrasen sat in that temple with the congregation. That day was Shivratri. Devotees had offered various types of bhog to Lord Shiva and Chitrasen was busy in stealing the same.

When all the devotees fell asleep, Chitrasen took all the prasad and ran away. But seeing him, a devotee made a noise calling him a thief and people chased him. He died after being hit by someone’s stick.

The ganas of Yamraj and Shankar ji reached there together to collect the dead Chandrasen. According to the eunuchs, Chandrasen was to be sent to hell because he had committed many sins. But Shivagan had come to take him to heaven because he was a devotee of Shiva.

Chandrasen fasted for the last 5 days and kept awake on Shivratri, as a result of which he got heaven. Thus Chandrasen attained salvation. The eunuchs had to return empty handed. Chandrasen got salvation only by the satsang of Lord Shankar.

Wishing you all a very Happy Mahashivratri from Knowledge Showledge. May the blessings of Lord Shiva, Lord of Gods, Lord Bholenath, always remain in the lives of all of you.