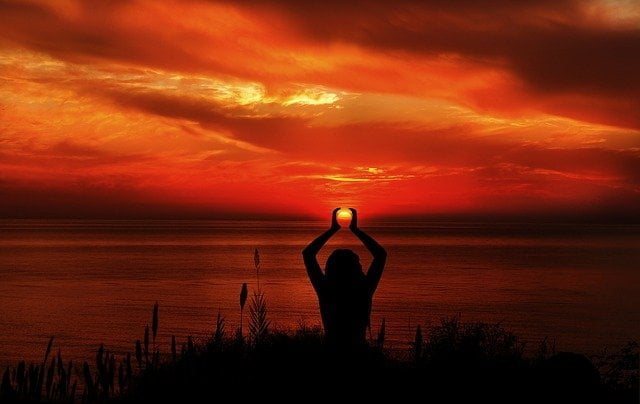 ‘The period of 48 minutes (two hours) before sunrise and after sunset in the morning is called ‘Samadhikaal’.

Synonyms of the Authority

Importance of Conduct in The Samadhi

The Samadhi is the period of the arrival of evil forces. In order to protect them from religion, in this period, ethics has given importance Nobody does violent acts during the festival.

Do evening Puja (Prayer) and light the lamp in front of the deity. At the same time, light a lamp near Tulsi in the courtyard.

Home and individuals are protected from this shield from annoying waves emanating from negative energies in the environment. Therefore, do not return home before the time of lighting the lamp or do not leave the house after lighting the lamp. Most people have the maximum obstruction of negative powers in the evening.

The worshipers of Aghori Vidya subjugate the evil forces entering the periphery of the atmosphere at the same time and cause them to perform evil acts. So in the evening, more accidents and murders occur or acts of rape. This period is called ‘sai saanjh’ meaning ‘time of grief or destruction’.

Say These Verse After Lighting the Lamp During Evening Puja (Prayer)

It is forbidden to praise the lamp by uttering verses like ‘Shubham Karotu Kalyanam …’ The fatal act of revoking the powers is done.

The Sattvic vibrations created by the Stotra text purify the house. Therefore the suffering of negative energies is also less.

After reciting the hymn after lighting the lamp in evening puja, the memory power of the children increases, the speech is pure and the pronunciation also helps to be clear.

Meaning: O Deepjyoti, you are auspicious and benevolent, providing health and wealth and destroying the enemy; So, I greet you.

Meaning: Deepaka Prakash is Parbrahmswaroop. The light of the lamp is the God who removes sorrow. Deep removes my sins Hi Deepjyoti, greet you.

After shloka recitation, offer aarti and prayers to the deity. All the members of the house should be present at the time of lighting the lamp.

Benefits of Being Present

– At the time of lighting the lamp during evening puja, all the members of the house are present and good rites are performed on the young children.

– The gathering of all the family members at the time of prayer, greeting the elders of the younger ones, inquiring of each other, explaining the importance of small children if there is a festival, etc. are helpful in maintaining the atmosphere of the house.

Nowadays the sound of hymn recitation is lost somewhere in the noise of the telegraph (TV, cinema, etc.). Today we are seeing loss due to split family system. Who is responsible for this? Doordarshan, parents, spiritual education system, society or every person?

Impairment of indigestion occurs on young children soon. Prevention of mis-vision means – by pulling out the painful vibrations produced in the body due to the impurity, removing the person’s suffering through them. To remove the illusion, they use strong salt-rye, pure salt-red chili, coconut water etc. One who has trouble with negative powers, can also take his / her vision away from this method. (To understand the proper method of removing the vision and its basic scripture, please see Sanatan’s ‘How to do religious creations and his basic classical approach’.

The following things have been prohibited in this period due to the prevailing negative powers in the Samadhi:

Go for a trip

Take oath; to abuse; to quarrel and to speak vulgar and untrue

Pregnant woman should not:

– Standing on the frame: This causes harm to the womb.

For Agnihotris: Agnihotri ignite fire before the office; But after the passage of the constitution, they go home.

As far as possible, do not sit on the banks of rivers other than Ganga.

As far as Possible, the Basic Science of Not Sitting on the Banks of Rivers other than Ganga:

The river Ganges is also known as Gangotri (providing the figurative source of sattvic waves). Due to the sattvic waves emanating from the Ganges water, the atmosphere of the Gangesat remains pure and enlightened. Therefore, there is little possibility of suffering by negative forces in this environment.