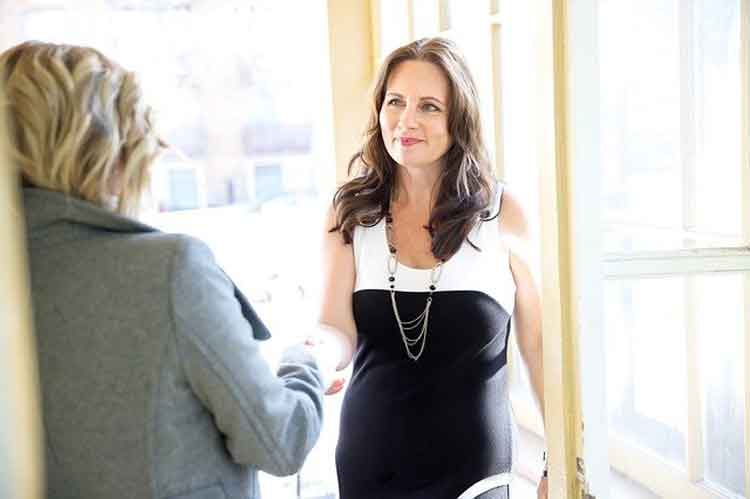 Many people, in their desperation to be considered for a job, may miss some inappropriate interview questions. Questions concerning personal matters, such as marital status, race, and health, are not only impolite, but also unlawful under federal and state and municipal laws, depending on how they are asked.

It is entirely up to you whether or not you respond.

Employers may use these questions to discriminate against applicants, and you have the right to refuse to answer them. Here are some questions you should never answer to a potential employer.

Under federal and some state and local regulations, questions regarding personal matters such as marital status, race, and health can be prohibited depending on how they are posed.

You have the right to decline to answer some interview questions since they are designed to disadvantage applicants.

Questions like “Are you married?” “What religion do you practise?” and “Are you a United States citizen?” are prohibited, among others.

Inquiries into religious views are a touchy subject. For scheduling purposes, an interviewer can be wondering if an employee would need any religious holidays off, or if the candidate will be unavailable to work on weekends due to religious responsibilities. It is against the law to willfully discriminate against or harass an employee because of their religious views.

Employers must respect an employee’s religious views or practises in terms of attire and grooming, as well as flexible scheduling.

Do You Have Any Physical Or Mental Disabilities?

Although it may appear that asking this question is important to establish if a job applicant can do the required activities, it is prohibited under the Americans with Disabilities Act of 1990. (ADA). Employers cannot refuse to hire someone due to a physical or mental handicap. In truth, businesses are required by law to accommodate a disability unless they can show that doing so would be extremely difficult or expensive. Employers are also prohibited from inquiring about previous illnesses or surgeries.

What Is Your Age?

The Age Discrimination in Employment Act of 1967 (ADEA) protects workers over the age of 40 from workplace discrimination in favour of younger workers. Although the ADEA does not expressly prohibit employers from inquiring about a job applicant’s age or birth date, such inquiries are rigorously scrutinised since they may suggest an intent to discriminate or dissuade older workers from applying. There are no federal laws protecting workers under the age of 40 against age discrimination. Employers are entitled to enquire if you are over the age of 18 to evaluate if you are legally qualified to perform a job.

Do You Have A Spouse?

It is not permissible to inquire about a person’s marital status. Employers may be tempted to ask this question to see if your relationship has a negative impact on your job performance. If your spouse obtains a work transfer to a different city, for example, you could be more likely to leave the company. Even an apparently innocuous query like “Do you want to be addressed as Mrs., Miss, or Ms.?” is prohibited.

Are You A Citizen Of The United States?

According to the Immigrant Reform and Control Act of 1986, citizenship and immigration status cannot be used against a potential employee during the recruiting process (IRCA). Employers must file an Employment Eligibility Verification (I-9) Form for each employee on their payroll and present evidence proving identity and employment permission, but they must wait until after a job offer has been issued before requiring a worker to fill out the form. However, asking an interviewee if they are permitted to work in the United States is legal.

As of 2021, 27 states and the District of Columbia have implemented laws prohibiting employers from inquiring about job seekers’ wage history. One of the reasons for the prohibitions is that any information regarding current pay likely to maintain existing wage disparities between men and women.

What Race Do You Belong To?

There should never be a situation where an employee’s race or skin colour is used to determine their employment eligibility. Title VII of the Civil Rights Act of 1964, which forbids employment discrimination on the basis of race, colour, religion, sex, or national origin, provides this protection. 1 Employers are allowed to require employees to voluntarily reveal their race for affirmative action purposes.

Do You Think You’re Pregnant?

Under most cases, questions regarding family status harm women the most, although they can also influence men in certain circumstances. Employers may be concerned if an employee takes time off for maternity leave or does not have child care arrangements during work hours. According to the Pregnancy Discrimination Act of 1978 (PDA), an employer cannot refuse to hire a pregnant woman due to her pregnancy, a pregnancy-related ailment, or biases held by co-workers, clients, or customers.

Employers may, however, ask about long-term career aspirations or an employee’s ability to work overtime and travel to calm any concerns they may have about an employee’s availability or dedication to a position.

Do You Use Drugs, Smoke, or Consume Alcohol?

Concerns about drug, alcohol, or nicotine addictions are justified because they can affect an employee’s quality of work as well as the rates of health insurance coverage offered by a firm. However, if an employer does not carefully structure queries regarding these potential issues, they may find themselves in legal difficulty. They have the right to inquire if you have ever been reprimanded for breaking business policies on the use of alcohol or tobacco products. They can also question you directly if you use illegal drugs, but not if you take prescription medications.

Knowing your rights as an employee is crucial. On applications, during interviews, and in the workplace, illegal inquiries are not acceptable. Employer queries that are inappropriate may be simple errors, but they may also be purposeful acts of discrimination that should be reported. When they come up in an interview, it might be challenging. Try neutrally stating that you are not obligated to respond, or inquire as to how the question relates to the job. The conversation should then be redirected. If the interviewer persists, you may conclude that you’d be better off looking for work elsewhere.