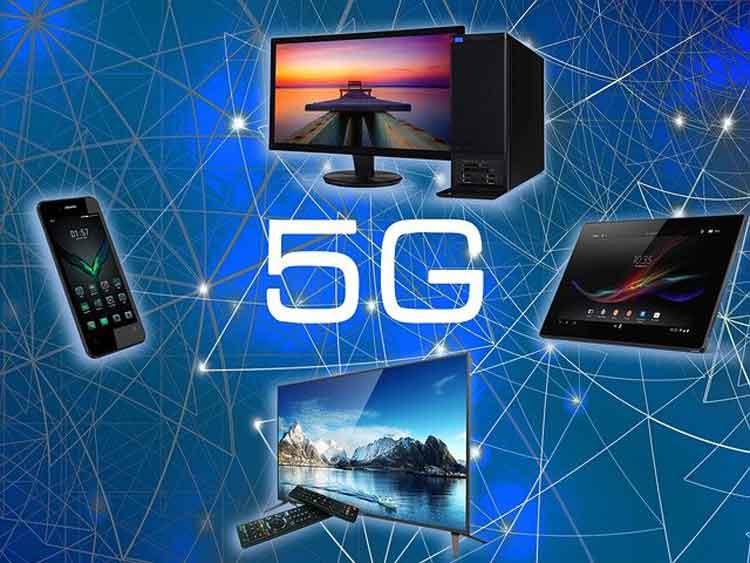 Hello friends, in this article you will learn about 5G technology, including what it is, what are its advantages and disadvantages and how it works. What will happen with the 5G network, when will it be released in India, and how much will it enhance internet speed? This is a topic that most people are asking these days.

Overall, the 5G network remains a topic of conversation at this time, and it is natural for internet users to be aware of it because smart phones are in the hands of the majority of people today, and most chores are accomplished only through digital means.

In such a case, internet speed is critical for everyone. As can be seen, mobile network generations have increased over the last ten years, and 5G technology is currently being developed to move one step ahead of the 4G LTE network. . So, let’s look at what 5G technology is, when it will be available in India, and how much it will boost internet speed.

Also Read: What is Metaverse? | Future, Benefits & Challenge of Metaverse

What is 5G Technology?

5G stands for fifth generation network, and it is a new mobile network technology that will play a larger role in the wireless data industry than earlier network generations.

The 5G network is expected to not only provide greater connectivity, but also to dramatically boost data transmission speed and reduce network latency due to the flow of data on new radio frequencies using upgraded antenna technology.

When you make a search on the Internet from your phone, network latency refers to the time it takes between your phone and the target server; this latency is 40ms in 4G networks and is predicted to be 1ms in 5G networks, i.e. you click and the answer appears in front of you. The 5G network will also have network management features, such as network slicing, which will allow mobile carriers to establish many virtual networks within a single 5G network while retaining consistency and speed.

When it comes to 5G internet speed, there are indications that it will be 30 to 40 times faster than 4G, which will not only help the general public but also strengthen the technological advancements already underway. When it comes to the 5G debut date in India, the service is expected to begin in 2022.

5G is a new type of wireless network that will serve as a platform for future breakthroughs. Not only will 5G improve existing broadband connections, but due to the high internet speed, new smart device advancements will be substantially accelerated. Are going to get

Because there is a lot of research going on for IoT devices, automated cars, and artificial intelligence, all of which demand high internet speeds and low latency, the 5G network will be able to support all of this.

As a result, research into all of these technologies will benefit the average man, as well as industries such as education, health, automobiles, and others, which will take a few years to predict correctly, but will be sooner if seen from the perspective of a regular customer. In comparison, 5G internet rates will improve by 30 to 40%, reaching up to roughly 10Gbps, allowing for significantly quicker and higher-quality video streaming and downloads.

Friends, every new product has certain benefits and drawbacks; similarly, along with the benefits of 5G technology, there will be some drawbacks that must be overlooked.

1G, 2G, 3G, and 4G were the other mobile network generations.

How Do 5G Networks Work?

As you may know, 5G is the 5th Generation Wireless Mobile Technology, which will be a more advanced version of 4G LTE that will provide 30 to 40 times the speed of current 4G LTE, allowing users to download at a Gigabit per Second rate.

Before the 5G network is set up, changes will be made to the complete network equipment, not only by the providers, but also by every internet user, who will need to purchase 5G-compatible smart phones, which could be a difficulty for phone makers in the future.

Like earlier cellular networks, the 5G network has a cell site (a location where 5G equipment such as an antenna, transmitter, and receiver is situated) from which data is separated into distinct sectors and encoded data is delivered via radio waves. Is sent, and all cell sites are linked together via a backbone line or wireless.

5G networks use OFDM coding, which is also used in 4G LTE, however 5G stands out due to its flexibility and low latency.

The 5G network will use Millimetre Wave Technology, commonly known as (EHF) (Extremely High Frequency), which can transmit at 30 to 300 GHz. However, transmitting on Millimetre Waves substantially lowers the network’s range, and signal failure due to bad weather or structures in front is a possibility. Stations will be built at every small location and within a short distance in such a situation to ensure that the signal is not disrupted and connectivity is maintained.

We may state that 5G will not be deployed in India for some time, and that information about it is simply based on an estimate; the real facts will emerge only when its use becomes commonplace.

We hope that this post has provided you with information about 5G; if you have gained any knowledge from it, please share it with others.