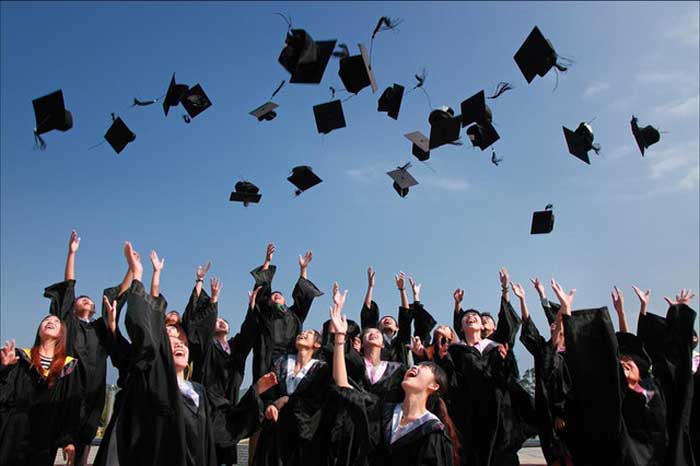 After World War I the concept started growing and gained impetus after World War II because of growing Competition, complexity of managing large business, technological innovation, increase in capital investment, freedom at national and international markets, high degree of division of labour and specialization.

Starting with the oldest school of management thoughts or theory, the different approaches can be summarized as follows: –

The First Industrial Revolution gave an immense impetus for the scientific management approach because it brought about such an extra-ordinary mechanisation of industry that it necessitated the development of new management principles and practices. The bringing together of many people under one roof to operate machinery provided by the owner of a factory was in marked contrast to the previous handicraft system in which the craftsmen worked with their own tools in their homes. Bringing groups of people together for the purpose of working for someone else posed problems for the factory owner.

The establishment of formal organisation structure, formal lines of authority, factory systems and procedures had to be undertaken for co-ordinated effort. In order to deal with the problems brought on by the First Industrial Revolution, a management movement known as ‘scientific Management’ was born. The main contributors to scientific management were Fredrick Taylor, Henry L. Gantt, Frank Gilbreth, Lillian Gilbreth, and Harrington Emerson.

The introduction of the concept of standard time, standard output, standard cost, standardisation of production process, change in the attitude of management and workers to bring about the mutuality of interests are the important landmarks of this school.

The advocates of this school perceive management as a process of getting things done through and with people operating in organisational groups. “It aims to analyse the process, to establish a conceptual framework for it, to identify principles underlying it, and to build a theory of management from them. It regards management as a universal process, regardless of the type of the enterprise, or the level in a given enterprise. It looks upon management theory as a way of organising experience so that practice can be improved through research empirical testing of principles and teaching of fundamentals involved in the management process.

The process school is also called the ‘traditional’ or ‘universalist’ school as it believes that management principles are applicable to all the group activities. Henry Fayol is regarded as the father of this school. Oliver Sheldon, J.D. Mooney and Chester I. Barnard are the other important contributors to this approach.

The school of human relations is concerned with the recognition of the importance of human element in business organisations. Prof. Mayo and his associates conducted the world famous. Hawthorne Experiments and investigated the myriad of informal groupings, informal relationships, social clique patterns of communication and patterns of informal leadership. As a result of these experiments, a trend began which can be phrased as being nice to people. This trend was eventually termed as the human relations movement.

The theory of human relations freed management from domination of viciously wrong ideas but it did not succeed in substituting new concept. This approach put the stress an interpersonal relations and the informal group. It’s starting point was in individual psychology rather than the analysis of worker and work. As a result, there was a tendency for human relationists to degenerate into mere slogans which became an alibi for having no management Policy in respect of the human organisational I Nevertheless, this school has done a unique job in recognising the importance of human element in all organisation.

The ‘behavioural science’ approach, bears to bring existing and newly developed theories, methods and technique to the relevant social sciences such as psychology, sociology social psychology and anthropology upon the study of human behaviour. The pioneer of this school such as Gantt and Munsterberg reasoned that in as much as managing involves getting things done with and through the people, the study of management must centre around the people and their interpersonal relations.

The advocates of this school concentrate on motivation, individual drives, group relations, leadership, group dynamics and so forth. The noted contributors to this school include the name of Abraham Maslow, Fredrick Herzberg, Victor vroom, McGregor, Lie Vest, Sayles, and Tannenbaum.

This school stands for using all pertinent scientific tools for providing a quantitative basis of managerial decisions. The abiding belief of the advocates of this approach is that, if management is a logical process, it can be expressed in terms of mathematical symbols and relationships. The basic approach is the construction of model because it is through this device that the problem is expressed in its basic relationships and in terms of selected objectives.

The developers and users of such models are usually known as operations researchers of management scientists. Linear programming, Critical Path Method, Programme Evaluation, Review Technique, Breakeven analysis, Games, Theory and Queueing Theory are some of the techniques which have gained popularity for the purpose of solving managerial problems these day. These techniques help the managers for improving their decisions by analysing the various alternatives in a scientific manner.

However, it is important to note that application of mathematical techniques is particularly useful in solving the physical problems of management such as inventory and production control. They can never be substitute for knowledge, experience and training necessary for understanding the human behaviour.

As a specific school of management thought the system approach is relatively new and quite basic in concept. A system is composed of elements or sub-system that are related and dependent on each other. This approach is based on the generalisation that an organisation is a system and its components are interrelated and inter-dependent. This approach lays emphasis on the strategic parts of the system, the nature of their inter-dependency, goals set by the system and communication network in the system.

The other basic feature of the systems approach is that attention is paid towards the overall effectiveness of the system rather than the effectiveness of subsystems. In applying system approach to an organisation, the over-all objectives and performance of the organisation are taken into account and not only the objectives and performance of its different departments or sub-systems.

The spiritual father of this school of management may be called Chester I. Barnard In its present stage, systems theory provides management with concepts from every moment including operations research, organisation behaviour, management information systems, industrial dynamics and socio-technical systems.

The latest approach to management is known as contingency or situational approach. Underlying idea of this approach is the idea that the internal functioning of organisations must be consistent with he demands of organisation task, technology or external environment and the needs of its members if the organisation is to be effective. This approach is based upon the major promise that there is no one best way to handle any of the management problems, the application of management principles and practices should be contingent upon the existing circumstances. Functional, behavioural, quantitative and systemic tools of management should be applied situationally.

Thus, there are three major parts of the overall conceptual framework for contingency management – environment; management concepts, principles or techniques; and thirdly contingent relationship between the two. The environment variables are interdependent and management variables (process, quantitative, behavioural and systems tools are dependent. Every manager has to apply the various approach to management according to the demands of the situation.

Koontz and O’Donnell have advocated operational approach to the management. This approach recognizes that there is a central core of knowledge about managing which exists in management such as line and staff, patterns of departmentation, span of management, managerial appraisal and various managerial control techniques. It also draws from other fields of knowledge and adopts within it those parts of these fields which are especially useful for managers.

“This approach regards management as a universally applicable body of knowledge that can be brought to bear at all levels of managing and in all types of enterprises. At the same time, the approach recognizes that the actual problems managers face and the environments in which they operate may vary between enterprises and levels, and it also recognizes that application of science by a perceptive practitioner must take this into account in designing practical problems solutions.”