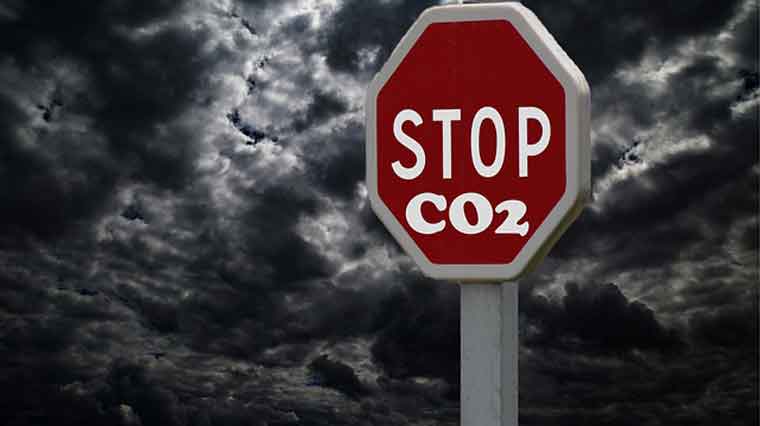 The level of air pollution is steadily rising, and we can clearly feel its impact throughout the winter months. The situation has now deteriorated to the point where air pollution levels in many Indian states skyrocket around the months of November and December, making it difficult to breathe outside. Although our country is not the only one affected by this problem, its effects can be observed all over the world, and actions are being taken to address it.

This rising level of air pollution is not only bad for the environment, but it’s also bad for human health. People are also succumbing to a variety of dangerous respiratory ailments as a result of breathing dirty air.

What Exactly is Smog?

You’ve probably heard the word’smog’ while reading or listening to news about air pollution. Smog is actually made up of two English words:’smoke’ and ‘fog.’ It has a similar appearance to fog, but it is not the same. It’s a hazy layer that can be seen throughout the atmosphere. The layer of haze spreads all around due to the smoke from automobiles and industry, as well as the cold fog.

This mist can become so dense that even the sun cannot reach the ground adequately, giving the impression that it is always foggy. This pollution is extremely dangerous to our health. In this post, we’ll discuss the problems that air pollution and “smog” might bring, as well as how to treat them in an Ayurvedic manner.

The Most Serious Issues Caused By Smog or Air Pollution

Generally speaking, the most noticeable sign of air pollution is burning in the eyes. Cough and a burning sensation in the nose are also signs of the disease. . If you already have a respiratory issue, you should be extra cautious these days because the smog can exacerbate your condition. Please elaborate on the challenges created by air pollution:

Coughing or Lack of Breath

Breathing becomes difficult when exposed to toxic air for an extended period of time. This is due to the presence of hazardous substances in the air we breathe. It is preferable that you go out less these days and that you wear a mask when you do.

How to Get Rid of Breathlessness

If you’re experiencing problems breathing because you’ve been exposed to toxic air, you can use steam to help. By inhaling steam, the phlegm that has accumulated in the lungs is expelled, and the tightness or congestion in the lungs is relieved. Put eucalyptus oil in boiling water and steam it for five to ten minutes to get steam. You can also steam it with just plain water if you wish.

Inflammation of the Eyes

The eyes begin to burn as soon as you spend time in dirty air. The majority of people in big cities such as Delhi, Noida, and Ghaziabad are currently affected by this issue. Apart from eye burning, symptoms such as watery eyes or red eyes can occur after spending time in the open air or travelling. You can gain some relief from this problem by using the following home treatments, but if the situation has worsened, you should see a doctor right once.

How to Get Rid of Burning Eyes at Home

Ghee, according to Ayurvedic specialists, is particularly effective in eliminating eye discomfort. Take some ghee on your fingers and apply it to your eyelashes like kajal. Problems such as eye burning and redness disappear after a few days of use.

Aside from the eyes, there is also a burning feeling in the nose as a result of air pollution. At the same time, some persons experience issues such as nasal congestion. The simplest way to avoid this is to cover the problem with a mask to prevent hazardous substances from entering the nose. If you’re still having difficulties with this issue, try the instructions below:

To relieve a burning sensation in the nostrils, apply ghee or Anu oil (Ayurvedic medication). As a result, before going to bed, put one or two drops in your nostril.

A Painful Throat or Discomfort

A sore throat or soreness can also be caused by air pollution, since toxic substances infect the throat after prolonged exposure to contaminated air.

How to Get Rid of a Sore Throat at Home

Gargle with lukewarm water with salt or betadine if you have a sore throat. Aside from that, mix a tablespoon of honey with a pinch of licorice powder and take it twice a day. It relieves a sore throat quickly when consumed.

Itching or Rash on the Skin

Although skin rash or itching is a common problem, it can also be caused by pollution in the air. You might get relief from itching by using several Ayurvedic treatments in this case.

Itching at Home: How to Get Rid of It

The pollutants in the environment have a negative impact on our hair as well. These chemicals cause hair to become dry, and as a result, hair begins to fall out later. If your hair is also falling out excessively, take the following steps.

Also Read: How to Prevent Hair Loss | How to Stop Hair fall

It is critical to massage the hair on a daily basis to prevent hair loss. To do so, mix camphor with coconut oil and massage it into the hair well before going to bed. Doing this on a daily basis strengthens the hair and reduces hair loss significantly.

What Is the Pollution Level in Your City?

You may now simply verify how dangerous the amount of air pollution in your city is. You may now check the Air Quality Index of your city or neighbourhood on your mobile phone while sitting at home, thanks to technological advancements. The air quality index (AQI) is a measure of pollution in the air, and the higher it is, the more pollution there is around you.

The best AQI is one that ranges from zero to one hundred. Following that, an AQI of 100 to 200 indicates that there is light pollution in the environment and that caution is required. If your city’s AQI is between 200 and 500, realise that pollution levels are quite high, and you may experience the issues listed above if you venture out in such an atmosphere. If the AQI is greater than 200, wear a mask, drink plenty of water, and utilise air purifiers in your house if possible.