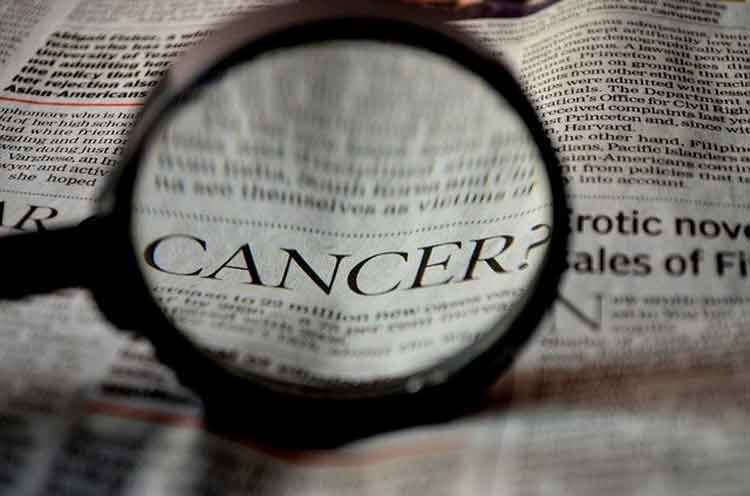 Cancer is the world’s second largest cause of death. According to a research published by the World Health Organization (WHO), 10 million new cancer cases are diagnosed each year around the world. According to latest WHO projections, one out of every ten Indians will develop cancer during their lifetime, and one out of every 15 will die from cancer. In this WHO report, several startling facts about cancer in India were also revealed:

What Exactly is Cancer Disease?

Cancer is a rare and serious disease that affects the human body. When cells in the body begin to grow and divide abnormally, cancer develops. Our bodies contain trillions of cells. Healthy cells divide and increase in response to the body’s needs. These cells die when they age or get damaged. New cells are generated in their place. When a person develops cancer, the cells cease to function in this manner. Old and injured cells survive rather than die, and new cells are produced even when they aren’t required. The uncontrollable division of these additional cells leads to the formation of a tumour.

The majority of cancers are tumours, however blood cancer is not one of them. Not all tumours, however, are malignant. Cancer can strike at any time and in any body part. It usually spreads to the tissues around it. Cancer cells that have become abnormal and damaged spread throughout the body, generating new malignant and malignant tumours.

There are over a hundred different varieties of cancer, including breast cancer, ovarian cancer, skin cancer, lung cancer, colon cancer, prostate cancer, and lymphoma. All of these malignancies have various signs and symptoms, as well as different diagnoses. Chemotherapy, radiation, and surgery are the most common treatments for cancer.

The symptoms of all malignancies differ from one another. Everyone should be aware of the indications and symptoms in such a situation so that diagnosis and treatment can begin as soon as the symptoms are recognised. The following are some of the most prevalent cancer symptoms:-

Rapid weight loss for no apparent reason can be one of the early indicators of malignancy. Weight loss is an issue for persons with pancreatic cancer, stomach cancer, or lung cancer. Weight loss can, however, occur in persons who have different types of cancer.

One of the most common cancer symptoms is feeling exhausted throughout the day. When you have leukaemia or colon cancer, you will have additional fatigue.

If you see a bump or bulge in your skin, it could be a sign of cancer. Lumps are common in breast cancer disease, lymph node cancer, soft tissue cancer, and testicular cancer.

If your skin colour has changed to yellow, black, or red, it could be an indication of malignancy. Also, if the colour or size of moles or warts on any region of the body changes, don’t dismiss it. It’s also worth noting that no wound takes a lengthy time to heal.

Back pain is linked to colon, pancreatic, and ovarian cancer, but acute pain is frequently an early indicator of bone or testicular cancer. There are indicators. A malignant brain tumour causes severe headaches in its victims.

Colorectal cancer disease can be detected by changes in bowel movement and bladder function, such as constipation, diarrhoea, and blood in the stool. Urinary bleeding with pain might be an early sign of bladder cancer or prostate cancer.

Having swollen glands for three to four weeks is not ideal. An increase in lymph node size can potentially be a symptom of malignancy.

Anemia is characterized by a significant reduction of red blood cells. It could indicate haematological cancer.

There is no known reason for cancer’s occurrence. Certain variables, however, can raise your chances of developing cancer disease. To prevent oneself against this dangerous ailment, we must minimise exposure to possibly carcinogenic causes. However, preventing cancer caused by heredity, which is a major risk factor for cancer, is out of our reach. Those with a family history of cancer, on the other hand, should be cautious.

Chewing tobacco or smoking cigarettes can cause cancer in any part of the body due to the nicotine found in these products. Tobacco and smoking raise the risk of oral cancer, lung cancer disease, gastrointestinal cancer, and pancreatic cancer in general.

If there is a family history of cancer, the chances of contracting this deadly disease are greatly increased. A defective gene can potentially lead to cancer. Breast cancer, Hereditary Non Polyposis Colorectal Cancer, and other cancers can be inherited.

Carcinogens in the Environment

Whatever we eat or drink, the air we breathe contains a number of elements or compounds that have the potential to raise our cancer risk. Asbestos, benzene, arsenic, and nickel are all known to raise the risk of lung cancer and other malignancies.

Most fruits and vegetables are now polluted with pesticides, which have negative health impacts when consumed. Food that has been warmed, foods that have been overcooked, and reheated oils are all carcinogenic. Because it contains a significant amount of heavy minerals, polluted water is also particularly dangerous as a result of waste material pouring out of companies.

Hepatitis B and C viruses are responsible for up to 50% of liver cancer cases, while the human papillomavirus is responsible for 99.9% of cervical cancer occurrences. Radiation and sun exposure, on the other hand, greatly increase the risk of cancer.

Tumors are present in the majority of malignancies, which are categorised into five phases. All of these cancer stages indicate how advanced your cancer has progressed.

This indicates that you are cancer-free. However, the body contains some aberrant cells that have the potential to develop into cancer.

The tumour is tiny and the cancer cells have only spread to one location in this stage.

The tumour grows in size and cancer cells begin to spread to surrounding organs and lymph nodes in the first and second stages.

This cancer, commonly known as metastatic cancer, is the final and most severe stage of the disease. Cancer begins to spread to other regions of the body at this point.

Doctors use physical symptoms and indicators to try to identify cancer. A physical examination is performed after a review of your medical history. The test requires a sample of urine, blood, or faeces. If cancer is suspected, you may need to have X-rays, computed tomography, MRI, ultrasound, and fiber-optic endoscopic testing. Doctors can quickly determine the position and size of the tumour using all of these instruments.

A biopsy can quickly reveal whether or not someone has cancer. In a biopsy, a sample of tissue is obtained for examination. If the biopsy results are positive, a series of further tests are performed to see if the cancer has spread.

The type, location, and stage of the cancer can all influence the therapy strategy chosen by the doctor. Surgery, chemotherapy, radiation, hormone therapy, immunotherapy, and stem cell transplants are the most common cancer treatments.

During surgery, doctors attempt to remove cancerous tumours, tissues, lymph nodes, or any other cancerous location. Doctors may also use surgery to determine the severity of an illness. Surgery is the greatest treatment choice if the cancer has not spread to other parts of the body.

Chemotherapy is administered in phases. Cancer cells are eliminated by medications in this procedure. This kind of treatment, however, can be rather uncomfortable for some people. This has a lot of negative effects, the most common of which being hair loss. Medicines are also administered via injection into the veins in conjunction with food.

Radiation Therapy is a type of treatment that uses a Radiation. It has a direct effect on cancer cells, preventing them from regrowing. Cancer cells are attempted to be destroyed utilising high-energy particles or waves in this treatment. Some patients have simply radiation therapy, while others receive surgery and chemotherapy in addition to radiation therapy.

Immunotherapy is a type of treatment that allows your immune system to combat cancer cells.

This treatment is used to treat malignancies that are hormone-related. Hormone therapy improves the prognosis of breast and prostate cancer.