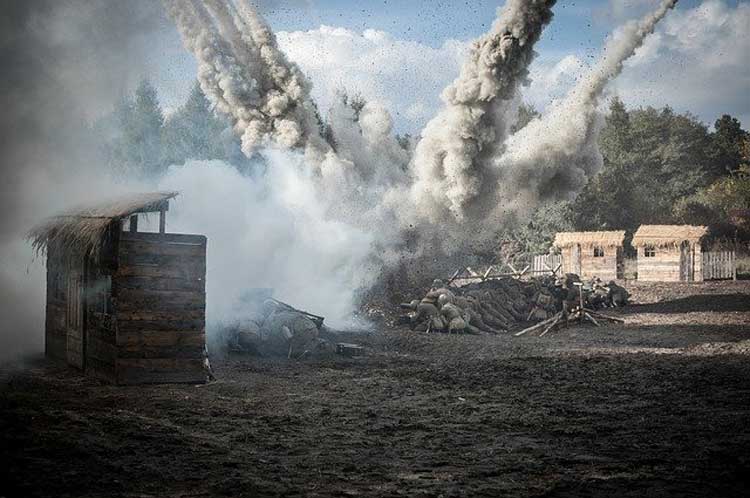 After the Taliban occupation in Afghanistan, now the terrorists have started playing a bloody game. At least 35 people were killed in two back-to-back bombings outside Kabul airport on Thursday. Many children are also among the dead. More than 70 people, including women, American security personnel and Taliban guards, were injured in the attack. The news agency Reuters has reported that four US Marine commandos were killed in the attack. No one has yet claimed responsibility for the attack, but it is believed to be the handiwork of an ISIS suicide bomber.

Western countries, including the US, are suspecting the terrorist organization Islamic State (IS) for the attack. It is worth noting that the US, Britain and Australia had stopped the citizens of their country from gathering outside the airport on Wednesday itself, anticipating the possibility of bombings by IS at the airport. US security officials called it a suicide attack. The death toll in this attack could increase even more.

According to eyewitnesses, one bomb exploded at the Abbey Gate of the airport and the other near the Barron Hotel outside the airport. Both the places of occurrence are nearby. A number of Afghan residents were also wounded in the attack. The injured have been taken to the hospital for treatment. According to the emergency hospital, 70 injured in the bomb blasts were brought to the airport for treatment. After the incident, there was chaos at the spot for a long time.

Even before this, these terrorists have carried out many suicide bombings. ISIS Khorasan is notorious in Afghanistan, suspected of having a hand in the Kabul blast; Taliban also has enemy of ISIS K

Taliban spokesman Zabiullah called the bombings a terrorist act. Condemning the attack, he has also expressed suspicion of carrying out the attack on IS. On the other hand, Pentagon spokesman John Kirby confirmed the attack and informed about the casualties of American citizens. Another US official feared an increase in the number of casualties.

News of Firing in Area

After the suicide bombing in Kabul, there is news of a big explosion in the city of Taraz, Kazakhstan. Afterwards there were reports of massive blast on the military base of Kazakhstan, fire broke out in the neighbouring part.

The US embassy in Kabul said there was a major explosion near the airport. There are also reports of firing. US citizens should avoid approaching the airport at this time. Citizens who are at different gates of the airport should leave immediately. The news agency AP has quoted a US official as saying that the terrorist organization Islamic State may be behind these serial suicide bombings in Kabul.

In the wake of these bombings, Britain has issued an alert for the airlines. Britain has asked airlines to avoid flying below 25,000 feet over Afghanistan. Prime Minister of British, Boris Johnson held that the government would carry on its clearing action in Kabul. Boris Johnson presided over an emergency meeting on the situation arising after the bombings. He said that these attacks are not going to hinder our progress. We will go ahead with the evacuation operation. Earlier, Hamid Karzai and Abdullah Abdullah put under house arrest in Kabul

In fact, after the Taliban occupation in Afghanistan, thousands of people have gathered inside and outside the Kabul airport in the rush to leave. America and other Western countries are working hard to get their citizens and helpful Afghans out of Kabul by 31 August. On the basis of intelligence inputs, Western countries had alerted their citizens from gathering outside the airport on Wednesday itself. The US, Britain and Australia had stopped citizens of their countries from gathering outside the airport, fearing ISIS bombings at the airport.

A Taliban spokesman Zabihullah Mujahid said that the Taliban told Pakistan a second home, said this about India

France Ambassador Will Be Called Back

At the same time, the news agency AFP quoted French President Emmanuel Macron as saying that France would try to evacuate several hundred Afghan people from Kabul. The French Ambassador will also leave Afghanistan and he will work from Paris. On behalf of many other allied countries including Australia, America and Britain, people were requested to stay away from Kabul Airport.