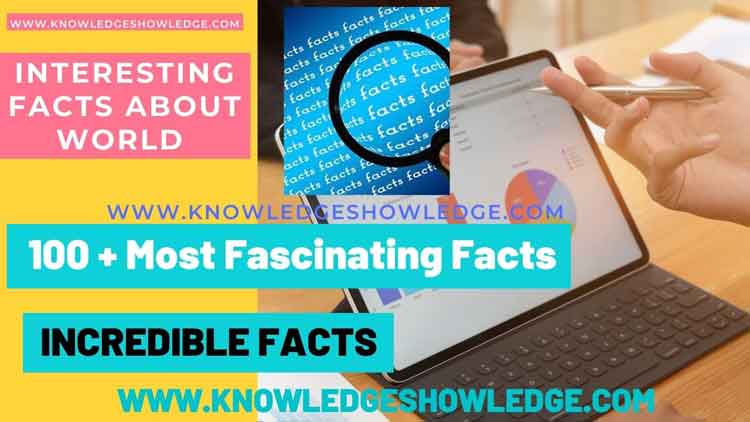 100+ Most Incredible and Interesting Facts

The world is full with fascinating or Interesting Facts and amusing information that will drive you to consider the possibility of something happening. We’ve compiled a list of interesting facts that are both entertaining to read and beneficial to your general knowledge. Some of these fascinating facts are mentioned as under:-