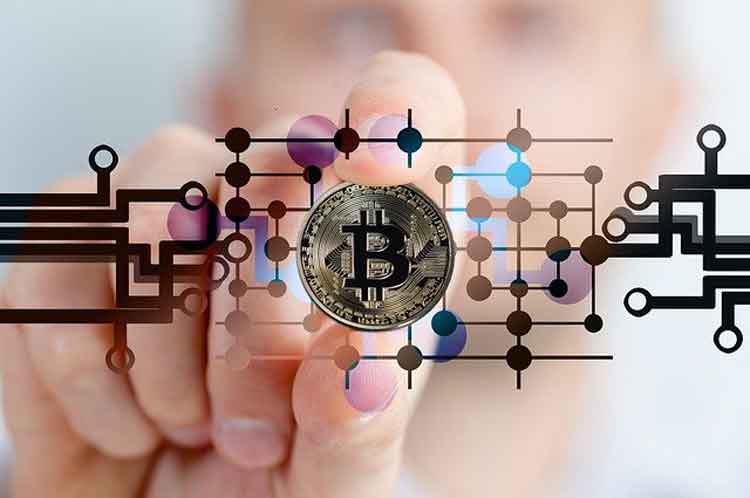 So, what exactly is cryptocurrency? Today, everyone you see is chasing after Cryptocurrencies. Cryptocurrency has demonstrated its influence in the financial world in a relatively short period of time. Because crypto currency is only available online and cannot be done physically, it is also known as digital money.

Other currencies, such as the rupee in India, the dollar in the United States, the euro in Europe, and so on, are applied to the entire country and put into use, and these currencies are used all over the world. But it’s important to remember that because cryptocurrencies are decentralized, the government has no control over them. As a result, no agency, government, or board has power over them, and their value hasn’t been controlled.

So I figured why not give you all the information you need about cryptocurrency today? Since this topic is currently being discussed, it is your responsibility to become knowledgeable about it and to educate others. Now, without further delay, let me enlighten you about what this Crypto currency is and how many different forms are there.

What Exactly is a Cryptocurrency?

Digital currency is another name for cryptocurrency. It’s a type of digital asset that may be used to buy items or services. These currencies make use of cryptography.

This is a peer-to-peer electronic system that we can use to buy goods and services via the internet instead of using traditional currency. Because the government can act without telling the banks in this arrangement, some people feel that cryptocurrency can be misused.

If we start with cryptocurrency, then Bitcoin will be the first crypto currency introduced to the public for these purposes. Today, there are over 1000 Cryptocurrencies in the globe, but only a handful of them are more important, which we shall learn about later.

To develop cryptocurrency, cryptography is used.

If we talk about all of the cryptocurrencies, Bitcoin is the first one that has become well-known. It was also the first to be created, and it is also the most widely used. Bitcoin has been the subject of numerous debates, yet it is now the most popular cryptocurrency.

I’m going to inform you about some other Cryptocurrencies that you may already be familiar with.

What Is The Finest Technique To Invest In Cryptocurrencies?

To invest in cryptocurrencies, you must first select the appropriate platform. Because if the wrong platform is picked, you may end yourself paying more fees while trading. Similarly, “Wazirx” is the most popular Cryptocurrency platform in India right now.

It is simple to invest in and trade in, and it was founded by an Indian. I’ve also put money into it and have done so for a long time. You may also put your money into it if you so desire.

As can be seen, there are many Cryptocurrencies, but only a handful of them are performing effectively and can be used in addition to Bitcoin.

It is not feasible to discuss about Cryptocurrency without including talking about Bitcoin. Because Bitcoin is the world’s first cryptocurrency. Satoshi Nakamoto came up with the idea in 2009.

It is a digital currency that can only be used to purchase products and services over the internet. It’s a decentralised currency, which means it’s not backed by the government or any other entity.

If we talk about nowadays, the coin’s value has risen dramatically, and it is currently valued at roughly 13 Lacs. You can learn about the significance of its present from this.

Also Read: Most Important Labor Laws in US

The tale of how Dogecoin came to be is fascinating. To parody Bitcoin, which subsequently became a cryptocurrency, it was compared to a dog. Billy Markus is the name of the company’s founder. Script Algorithm is employed in this as well, just like it is in Litecoin.

Dogecoin has a market value of approximately $197 million and is accepted by more than 200 retailers around the world. Mining is also relatively speedy in this case compared to others.

Ethereum, like Bitcoin, is an open-source, decentralised block chain computing platform. Vitalik Buterin is the name of the company’s founder. The ‘Ether’ cryptocurrency coin is also known as ‘Ether’.

This platform assists users in the creation of a digital token that may be used as currency. Ethereum was recently split into two half, Etherem (ETH) and Etheriem Classic, due to a hard fork (ETC). After Bitcoin, it is the second most well-known cryptocurrency.

Litecoin is a decentralised peer-to-peer cryptocurrency that was created by Charles Lee, a former Google employee, and released as open source software under the MIT/X11 licence in October 2011.

Bitcoin played a significant role in its development, and many of its features are based on Bitcoin. The block creation time of Litecoin is four times faster than that of Bitcoin. As a result, the transactions are completed quite quickly in this case. The Script algorithm is used to mine in this case.

Tether is the largest stablecoin, according to coinmarketcap.com, with a market cap of $78 billion as of January 17th.

It makes advantage of Bitcoin’s blockchain technology. Stablecoins, which are anchored to the US dollar and euro, minimise volatility and are one of the most popular solutions for individuals who want to invest in cryptocurrencies but don’t want to risk losing money.

This is the parent coin of the Binance cryptocurrency exchange, which is the world’s largest by volume.

Binance (BNB) is ranked fourth with a market cap of almost $80 billion, according to Coinmarketcap.com on January 17th.

Ripple is a real-time gross settlement system (RTGS) that uses its own Cryptocurrency called Ripples. It was released in 2012 and is based on distributed open source protocol (XRP).

It is a well-known cryptocurrency with a market capitalization of around $10 billion. Ripple gives users with “safe, fast, and almost free worldwide financial transactions of any size and without chargebacks,” according to their executives.

This year’s prospects appear to be very promising. The credit, according to analysts, goes to Ethereum. The cryptocurrency is preparing to upgrade to ETH 2.0, which will rely largely on layer-2 solutions like Polygon. It could also mean that the polygon has a good chance of increasing in value, making it a suitable buy-and-hold investment.

Solana has recently been in the decline, but Crypto is ranked third on this list thanks to its very successful achievement in 2021. SOL has shown to be one of the market’s fastest rising cryptocurrencies. Furthermore, there is little doubt that SOL is Ethereum’s most serious opponent. The SOL coin is up 13,662 percent in 2021, according to reports.

Now, let’s look at some of the advantages of cryptocurrency:

Let’s look at some of the drawbacks of Cryptocurrency:

Also Watch: How to Calculate Attrition | Comparative Analysis on Formulas in Practice

I truly hope that I have provided you with complete knowledge about what Cryptocurrency is and that you have grasped the concept of Cryptocurrency. I would like my all readers to also share this knowledge with your neighbors, relatives, and friends, so that we can all profit from it.

Please let us know how you felt about this post on Cryptocurrency by leaving a comment so that we can all learn from your experiences and grow together.