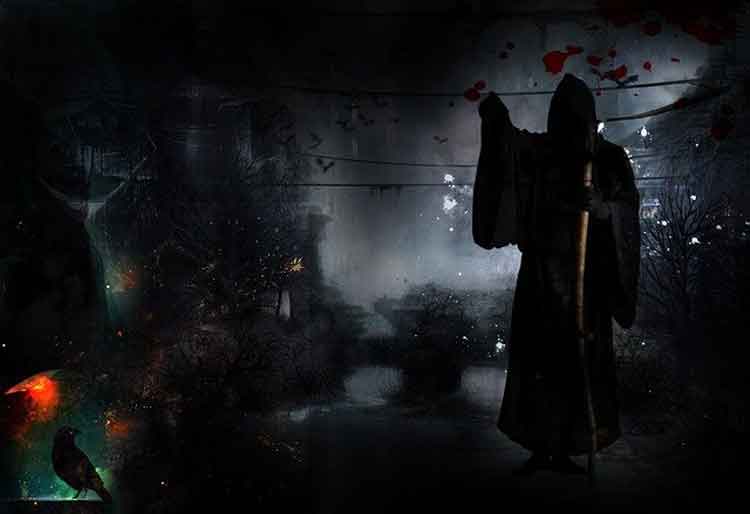 The heart will be horrified to learn of the hells described in Garud Purana. The Garud Puran describes the punishments for various transgressions. In the Garud Purana, there are 36 sorts of hell.

It is believed by many faiths around the world that after a person dies, his soul travels beyond and reaps the fruits of his acts. There is a whole Purana on this subject in Sanatan Dharma called Garud Purana. Whatever faults a person commits during his lifetime, he will be tortured in the same way. Through this article, we go over some of the punishments stated in the Garud Puran in great depth.

Punishment According to the Garud Purana

In Sanatan Dharma, a person is always driven to do excellent work because it is said in numerous Puranas and scriptures that a person’s results are determined by the type of work he conducts throughout his life. In Hinduism, the Garud Purana holds a particular place. According to popular belief, the Garud Puran contains a detailed description of several forms of punishments based on human crimes. According to them, man is punished for his misdeeds after death.

Many Hindu myths mention heaven and hell, with heaven being the location where the gods live and those who perform good things living after death, and hell being the place where people who do bad deeds live after death. Paradise and Dozakh are also mentioned in the Islamic religion. People are said to be destined for dozakh, or paradise, based on their behaviour.

The Garuda Purana (36 Hells) describes 36 realms of hell. According to the Garuda Purana, when the eunuchs observe sinners fighting among themselves in hell, they drop them into a location of terrible hell.

In the Garuda Purana, a total of 84 lakh hells are described, with most horrified hell being the name given to 21 of them. Tamistra, Maharaurava, Shalmali, Raurava, Kudmal, Kalasutra, Pootimritik, Sanghat, Lohitod, Savish, Sampratapan, Mahaniray, Kakol, Sanjeevan, Mahapatha, Avichi, Andhatamistra, Kumbhipaka, 21 horrific hell, and Tapas are some of them. There are not one, but many eunuchs in these hells, which are full of all forms of tortures. People who are supposed to torment those who are in hell. Mythological sources such as the Garuda Purana, Agni Puran, and Kathopanishad describe the 36 sorts of primary hells in Sanatan Dharma. In Hell, there is a provision for retribution based on deeds.

It is said that Mahavichi is a hell filled of blood. It, like Vraja, has thorns. Its inhabitants are wounded with thorns and subjected to anguish and suffering. It is stated that anyone who murders a cow will suffer for one lakh years in this hell. People who slaughter the cow are relegated to Mahavichi Nark, which is littered with large thorns of blood and iron.

Some people are so desperate for money that they will try to make money in any way they can, whether it is legal or illegal. These are persons who deceitfully gain possession of someone’s land. If you kill a Brahmin for any reason, you will be transported to KumbhiPak, a type of hell. The ground at KumbhiPak Nark is said to be filled with hot sand and coals, according to the Garud Purana. Where such individuals are exposed to heinous torture.

False witnesses are sent to Raurav Nark, a location in hell where they are bound with searing iron arrows.

People who make others innocent prisoners or keep them in captivity are sent to Manjush Nark, a location in hell where the soil burns like iron.

Those who mistreat or persecute Brahmins are relegated to Apratishtha Nark, a hell filled with pus, urine, and vomit.

Such brahmins who consume alcohol will become victims of Vilepak, a hell that is always engulfed in lac fire.

In hell, there is a giant iron pointed arrow termed Mahaprabh through which the sinner is threaded. People who divide husband and wife or dissolve their connection are the victims of this agony.

People who have sex with foreign women are punished by being buried under the Jayanti, a large iron rock in hell.

Shalmali to a woman who has sex with numerous men, a person who always tells lies and is bitter, a person who casts an evil eye on others’ money and women, a person who has physical intercourse with his daughter-in-law, daughter, sister, and so on, and a person who murders an elderly man. Nark), which is usually a blazing thorn-infested hell.

Those who set fire to other people’s houses, fields, barns, or warehouses are punished in this furnace-like hell.

Tamisra is a hell where thieves are beaten with iron rods and muggers.

A person who murders their mother, father, or a friend will be punished in a hell full of blood-drinking clowns.

The Asipatavan hell, which resembles a forest, awaits those who betray their friends. Instead of foliage, this forest’s trees are adorned with sharp swords and blades.

The Karamba sand hell, which resembles a well filled with scorching sand, sand, and flames, is given to anyone who burns other living beings.

A person who eats sweets alone in secret is sent to this hell, which is filled with pus and vermin.

Kudal Hell awaits those who do not execute the rites of Brahma Yagya, Dev Yagya, Bhuta Yagya, Pitru Yagya, and Manya Yagya in their daily lives.

A person who eats the forbidden food described in the scriptures is banished to Mahabhima, a hell full of stinky flesh and blood.

The individual who sells the girls must go to Mahavat Hell, which is filled with dead people and insects.

People who harass and harm others are crushed like sesame seeds in Tilpaak, a place where people are punished in the same way as sesame oil is harvested.

In Tailapak hell, everyone who murders friends or refugees is cooked in boiling oil.

People who sell milk are imprisoned in Vajrakpat, a hell made up of a whole chain of thunderbolts.

Those who obstruct the distribution of charity are relegated to Niruchchhavas, a realm of airless darkness.

A person who refuses to fulfil the vow of charity is tormented in a fiery inferno filled with fire.

The individual who always tells lies is put into the mighty hell, which is filled with all kinds of dirt.

People who are constantly engaging in sin are engulfed in flames in hell.

People who spread varna hybridity throughout society are assigned to Gudpak, a realm in hell. In this inferno, there are hot jaggery pools all over where the guilty are cooked.

According to the garud puran, a man who engages in illicit intercourse with a woman will be condemned to Krakach, a pit where the guilty would be hacked with sharp-edged saws.

Those who seize Brahmin land are slashed with sharp razors.

A person who steals gold is sent to Ambareesh, a hell with a catastrophe-like searing inferno.

The person who cut down the tree gets beaten with thunderbolts for a long period in this hell of thunderbolts.

In this fiery hell, a monster who poisons others and steals honey is burned.

The Kaal Sutra, which is made of yarn and resembles a thunderbolt, is condemned to hell for damaging other people’s agriculture.

It is said in the scriptures that eating the meat of any living being is a major sin, and as a result, vegetarianism has been emphasised in Sanatan Dharma, and meat eaters are referred to as sinners. The Garuna Purana also outlines several forms of punishment for meat eaters. According to the Garud Purana, persons who eat an excessive amount of meat and slaughter any living being to satisfy their appetite are transported to a hell known as Kashmal. Such people are tortured to excruciating pain by being forced to plummet into hell while wearing the filthy clothing of their nose and mouth.

In Sanatan Dharma, Ugragandh Fathers are thought to hold a particular place. Even for ancestor sacrifice, the period of Shradh or Kanagat comes around once a year, and it is obligatory for everyone to perform Shradh for their known and unknown ancestors. However, many such people do not conduct Shradh or tarpan for their ancestors owing to ego or any other reason, and as a result, the souls of their ancestors are enraged, and such people must posthumously suffer in hell. Only such people are banished to Ugragandha, a hell filled with gigantic vessels filled with saliva, urine, flux, and other filth, in which they are tortured.

Usury and interest have long been considered a major sin in all religions. However, it is believed in Sanatan Dharma that individuals who engage in usury and torment impoverished people by taking excessive interest and making all efforts to destroy them are condemned to a dreadful hell known as Durdhar. Where there are ponds full of jock and scorpions, these creatures are subjected to terrible agony by being thrown into the pond with the scorpions and jock.

Theft is considered a severe offence in Sanatan Dharma, and people who take and kill any living being and consume its flesh, as well as steal the seat, bed, and garments of others, are banished to Vajramhapid Nark, a hell. According to the Garud Purana, Vajramhapid Nark possesses a massive iron thunderbolt with which the above-mentioned types of criminals are punished. Those who steal fruits from other people’s orchards and who do not respect other religions are also tortured in this hell.